The Value of Economic Pluralism: A Talk with Professor John Harvey 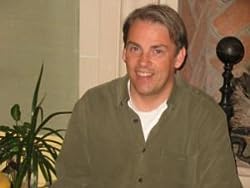 John T. Harvey has been a Professor of Economics at Texas Christian University since 1987, after earning his Ph.D. in Economics that year from the University of Tennessee. He specializes in international economics (particularly exchange rates), macroeconomics, history of economics, and contemporary schools of thought. Dr. Harvey's work combines analyses rooted in the scholarly traditions of John Maynard Keynes and Thorstein Veblen with that of modern psychology to produce a set of new theories to explain international monetary economics, including not only exchange rates but also world financial crises.

Dr. Harvey has published over thirty refereed publications, edited two volumes, and received a number of teaching awards. In 2010, Dr. Harvey published a book titled Currencies, Capital Flows and Crises (Routledge), which presented a Post-Keynesian explanation of exchange rate determination based on the premise that it is financial capital flows and not international trade that represents the driving force behind currency movements.

Dr. Harvey currently writes an economics blog for Forbes called Pragmatic Economics, which offers economic commentary in a manner understandable to the general public, and can also be followed on Twitter. He has been married to Melanie Harvey for over twenty-five years and has twin daughters and a dog named Rommel.