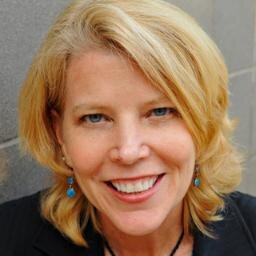 Laura Bosworth, CEO and co-founder of TeVido BioDevices, is a dynamic former Fortune 50 executive with 25+ years of cross-functional industry experience. TeVido is a biotech start-up using innovative 3D bioprinting and a woman’s own cells to create tissue engineered solutions for reconstruction after breast cancer. Recent press coverage includes CNBC, CNN, The Economist, Popular Science and many more. The company has received grants from the National Science Foundation, the National Cancer Institute and the LIVESTRONG Foundation. With a B.S. in Engineering from UT El Paso, Bosworth started her career in manufacturing process development for IBM. She quickly moved into management where she led software development and launched a Technical Marketing Center earning a General Manager’s Award for her contributions to sales and customer relationships.

At Dell, she built strategic business partnerships with large companies such as Microsoft, SAP, and Oracle and she led software product marketing delivering significant product feature improvement, highlighted by industry analysts. Ms. Bosworth is recognized for her skill in starting up new business functions and created multiple technical sales support functions including an OEM business unit: enabling over $500M in sales. She launched a professional services business unit and has expertise in customer support services. Using her cross-functional and international experience, she developed corporate wide quality strategies that reduced operating costs by ~$120M. Ms. Bosworth has volunteered for numerous non-profits, primarily supporting women’s needs in the Science Technology Engineering and Math (STEM) field as well as domestic violence – in Board positions as well as providing direct service.

The Great Longevity Effort and How You Can Help: An Important Podcast with Edouard Debonneuil

Former researcher in biogerontology at UCLA, Inserm and the Pasteur Institute, where he contributed to lifespan tests in C. elegans and mice and organised clinical trials, Edouard is today one of the directors of the International Longevity Alliance (ILA). Since 2001 he has asserted human healthspan can be rapidly extended once large scale rodent lifespan tests, massive health data analysis and agile human trials are collectively set up. Since 2012 he is gradually but firmly building that pipeline with the help of the ILA.

Chris T. Armstrong is a secular transhumanist and self-appointed publicist of all things H+/Singularity related. He has had articles published onimmortallife.info, IEET.org, BrighterBrains.org, and indiafuturesociety.org. He is currently writing his first book, At Any Cost: A Guide to The Transhumanist Wager and the Ideas of Zoltan Istvan. http://transhumanistwagerguide.com/
Back in the 20th century, Chris was a student and researcher in Artificial Intelligence (neural modeling), Lisp programming and a professional software geek. He is also a percussionist/composer, martial artist, powerlifter, proto Renaissance man, and budding bon vivant.
Chris has a BFA and MFA from California Institute of the Arts in World Music. He currently lives in Los Angeles with his wife and their two fully-transhuman dogs, Buddy and Beanie. He blogs at http://carmstrong1959blog.wordpress.com/.
His dark-ambient, atmospheric, sci-fi soundtrack sounding compositions can be found here:http://www.SpaceageFurnitureMusic.com
Share | Download

The Neuroscience of the Weird Tale: Lovecraft, Machen, Blackwood, Dunsany, the Abyss, and the Brain with Ben Thomas

In the 41st episode of Adam Alonzi's Podcast Ben Thomas and I discuss classic Weird Tales from authors such as H.P Lovecraft, Algernon Blackwood, Arthur Machen, and Lord Dunsany. We also examine similar techniques and themes found in the works of Joseph Conrad, Herman Melville, and Henry James. Being the first part in what will likely be an ongoing series, we give our listeners a few precious morsels of neuroscience in preparation for future treks into the heart of darkness.

Ben is an author, journalist, inventor and independent researcher who studies consciousness and the brain. A lifelong lover of all things mysterious and unexplained, he weaves tales from the frontiers of science into videos, podcasts and unique multimedia events. Lots more of his work is available at http://the-connectome.com. 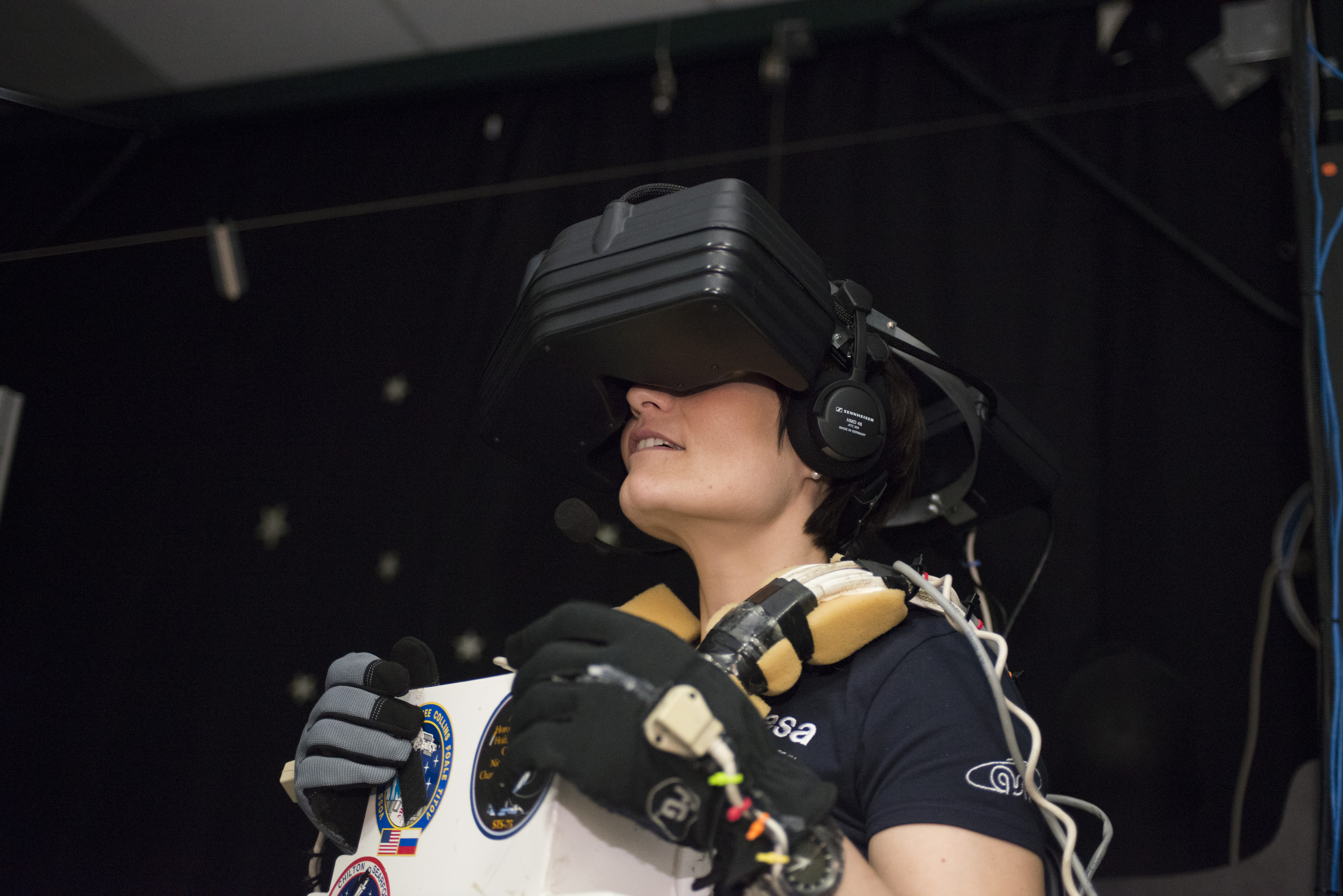 In the 40th episode of my podcast Micah Blumberg, Bilawal Sidhu, and I discuss augmented reality, virtual reality, mixed reality, Micah's advocacy for women in VR, sensors, the present, and the future. We also dissect the technology's implications for entertainment, social media, empathy, food quality control, education, and society. We also give a tips to those who are looking to get in on the ground floor of this burgeoning behemoth of an industry, which is searching for bright and talented people to swallow whole.  Music by Andrew Vavrek of Tryad.

Bilawal Sidhu is a VR/AR Consultant and Head of Technology & Overseas Marketing @ Rock & Storm. Previously, he worked at Deloitte Digital and DC Innovation in their Digital Business and Emerging Technologies group. Most recently, he served as the lead designer on Deloitte’s first VR experience for their Greenhouse innovation labs. Bilawal is passionate about VFX/3D, Product Design, Interactive Media and 7 String Guitars. You can reach him via his website www.bilawal.in or on twitter @bilawalsidhu
Share | Download

Dr. Roman V. Yampolskiy is a Tenured Associate Professor in the department of Computer Engineering and Computer Science at the Speed School of Engineering, University of Louisville. He is the founding and current director of the Cyber Security Lab and an author of many books including Artificial Superintelligence: a Futuristic Approach. During his tenure at UofL, Dr. Yampolskiy has been recognized as: Distinguished Teaching Professor, Professor of the Year, Faculty Favorite, Top 4 Faculty, Leader in Engineering Education, Top 10 of Online College Professor of the Year, and Outstanding Early Career in Education award winner among many other honors and distinctions. Yampolskiy is aSenior member of IEEE and AGI; Member of Kentucky Academy of Science, and Research Advisor for MIRI and Associate of GCRI.

Roman Yampolskiy holds a PhD degree from the Department of Computer Science and Engineering at the University at Buffalo. He was a recipient of a four year NSF (National Science Foundation) IGERT (Integrative Graduate Education and Research Traineeship) fellowship. Before beginning his doctoral studies Dr. Yampolskiy received a BS/MS (High Honors) combined degree in Computer Science from Rochester Institute of Technology, NY, USA. After completing his PhD dissertation Dr. Yampolskiy held a position of an Affiliate Academic at the Center for Advanced Spatial Analysis, University of London,College of London. He had previously conducted research at the Laboratory for Applied Computing (currently known as Center for Advancing the Study of Infrastructure) at theRochester Institute of Technology and at the Center for Unified Biometrics and Sensors at the University at Buffalo. Dr. Yampolskiy is an alumnus of Singularity University(GSP2012) and a Visiting Fellow of the Singularity Institute (Machine Intelligence Research Institute).

Water, Waste, and Sustainability: A Podcast with Bernelle Verster Bernelle is a maverick bioprocess engineer, with a background in
biochemistry, chemistry, and just enough engineering to be dangerous.
She is both ingenious and ingenuous, loves water, and gets in trouble
often. Her company Merah Mas Industrial Biotech, focuses on converting
the nutrients in wastewater to valuable products. She is currently
completing a PhD in wastewater beneficiation at the University of Cape
Town, South Africa. She does a few other things too.

Panel Discussion: How Can Life Extension Become as Popular as the War on Cancer?

What can be done to raise public support for the pursuit of indefinite life extension through medicine and biotechnology to the same level as currently exists for disease-specific research efforts aimed at cancers, heart disease, ALS, and similar large-scale nemeses? In this panel discussion, set to occur on October 1, 2015 – International Longevity Day – http://www.longevityforall.org/intern... - Mr. Stolyarov asks notable life-extension supporters to provide input on this vital question and related areas relevant to accelerating the pursuit of indefinite longevity.

This panel is coordinated in conjunction with MILE, the Movement for Indefinite Life Extension – https://www.facebook.com/movementfori....

Also see a statement prepared by Peter Rothman for this event: http://www.rationalargumentator.com/i....
Read the announcement by Keith Comito – “The Starting on October 1 – International Longevity Day” - http://www.lifespan.io/the-lifespanch...

Life Extension: Looking into the Past, Looking Towards the Future with Ilia Stambler

He is an affiliate scholar with the Institute for Ethical and Emerging Technologies, whose prior employment includes scientific writing at the Biophysical Schottenstein Center for the Research and Technology of the Cellome, Bar-Ilan University, Israel. He studied biomedical engineering in Moscow Polytechnical Institute, biology at the Technion, Israel Institute of Technology, and received his MA in English literature and Ph.D. from Bar-Ilan University. He is the author of the book A History of Life-Extensionism in the 20th Century and numerous other works on longevity science, advocacy, and history. He speaks Hebrew, English, Russian, German and Yiddish, is chairman of the International Longevity Alliance-Israel, executive committee member of the International Society on Aging and Disease, and coordinator for theLongevity For All advocacy network.

Ancient Egyptian Religion and the Folk Tradition with Mogg Morgan. 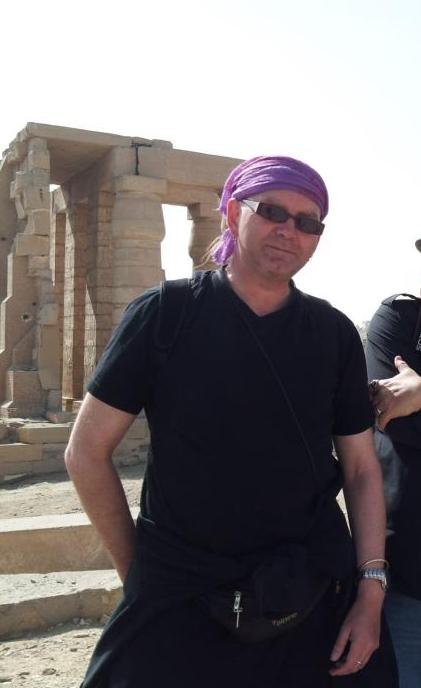 Mogg Morgan, publisher, writer, pagan practitioner, independent scholar & theorist. He was Wellcome research student at Oxford, where his teacher was the late Professor B K Matilal, a widely respected expert on South Asian rational thought. He has published widely on both Indology & Egyptology. His many books include ‘Ayurveda: Medicine of the Gods'; ‘The English Mahatma (a Tankhem novel)'; as (‘Katon Shual’) a book on ‘Sexual Magick’. More recently a sequence of books combining academic research with practical experimentation beginning with "Tankhem: Seth & Egyptian Magick’ , ‘The Bull of Ombos: Seth and Egyptian Magick II’ "The Ritual Year in Ancient Egypt", Supernatural Assault in Ancient Egypt" & "Phi-Neter: Power of the Egyptian Gods.". Forthcoming is "Isis: Goddess of Egypt & India".